BBNaija: Nigerians react as Khafi moans while having sex with Gedoni again.

Report says Khafi and Gedoni took away the stress of escaping being nominated for eviction by having sex and this time it was quite sensual as Khafi was heard moaning. 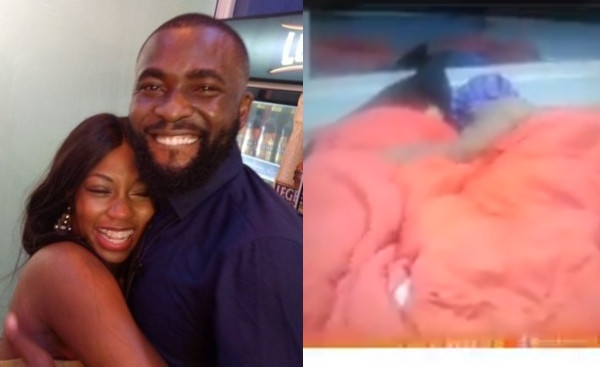 This is coming after a video of Gedoni saying that he sometimes deliberately put Kiwi fruit in his mouth to make Khafi stay off him since she is allergic to it, surfaced. Here is a video which captured the moment the couple engaged in another round of sex with Khafi moaning. 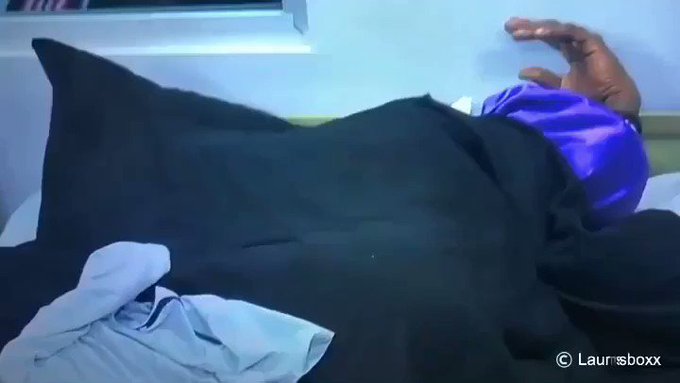 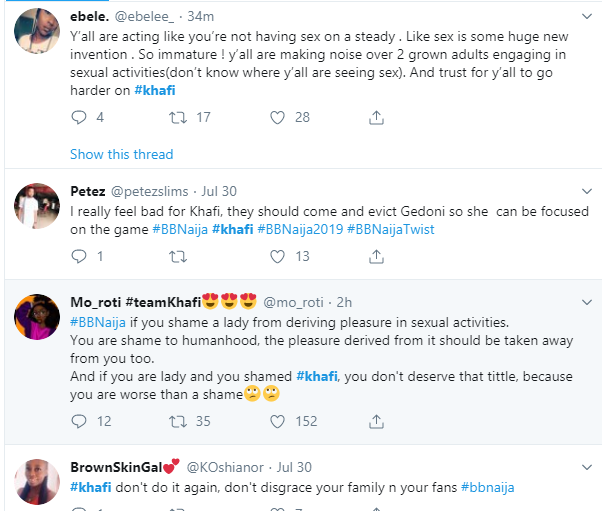 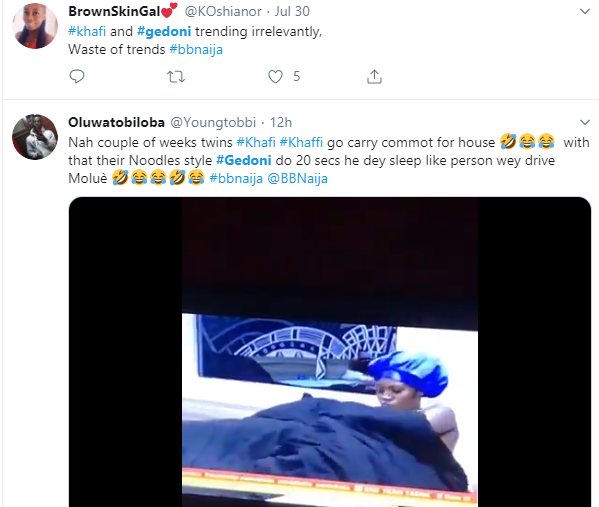 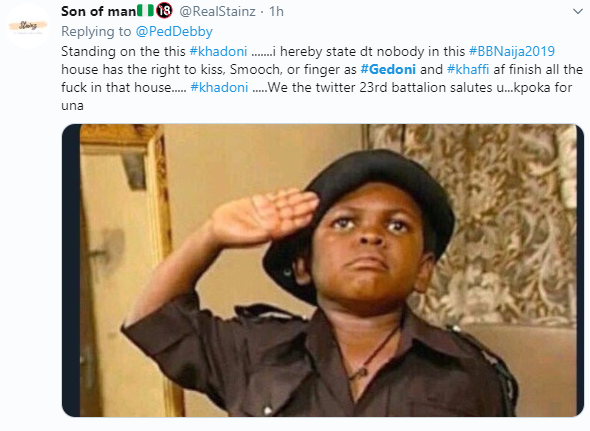 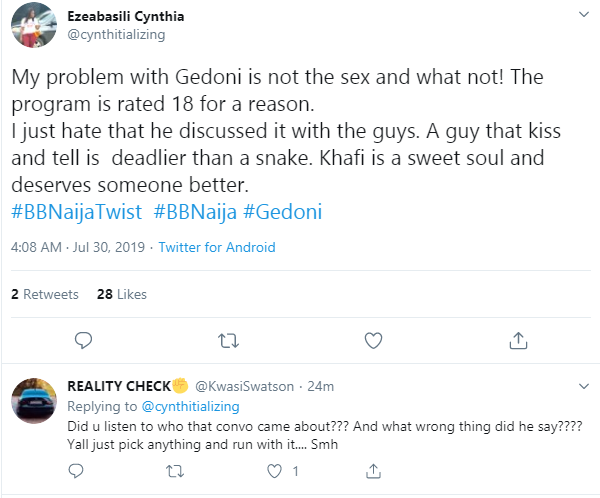 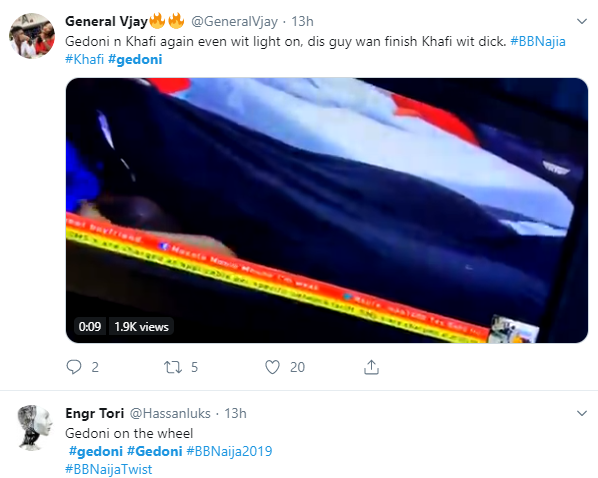 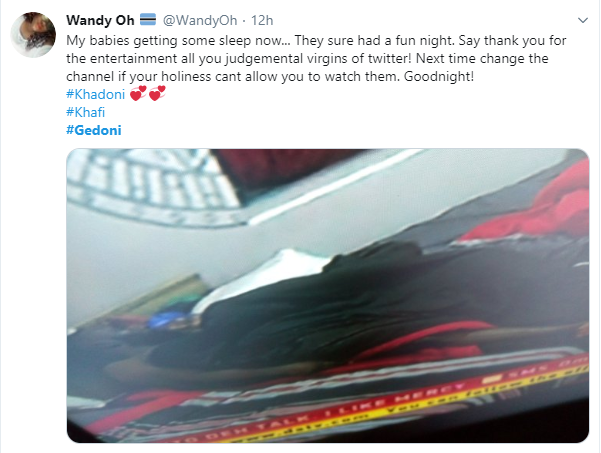