APC has fared better under my leadership – Oshiomhole 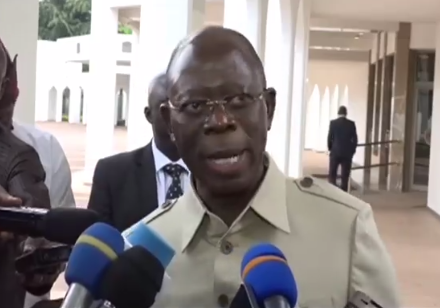 The former Edo state governor took over the reins of the party from John Odigie-Oyegun in June 2018.

Oshiomole made this assertion when he spoke to state House correspondents after a meeting with President Buhari in the State House today July 29th.

Oshiomhole opined that the party now has more members in the National Assembly and also controlling the leadership of the two chambers. He maintained that APC, under him, was able to uproot the former Senate President, Bukola Saraki and his ‘cronies,’ politically.

He said that President Buhari was magnanimous to have nominated up to two ministers each from states that contributed less than 5% of the President’s votes in the 2019 Presidential election.