The US Senate has voted to extend the 9/11 Victim Compensation Fund, which was at risk of running out of money.

In a 97-2 vote, the Senate passed a bill to continue compensation payouts through to 2090. The fund was due to stop taking new claims in late 2020. 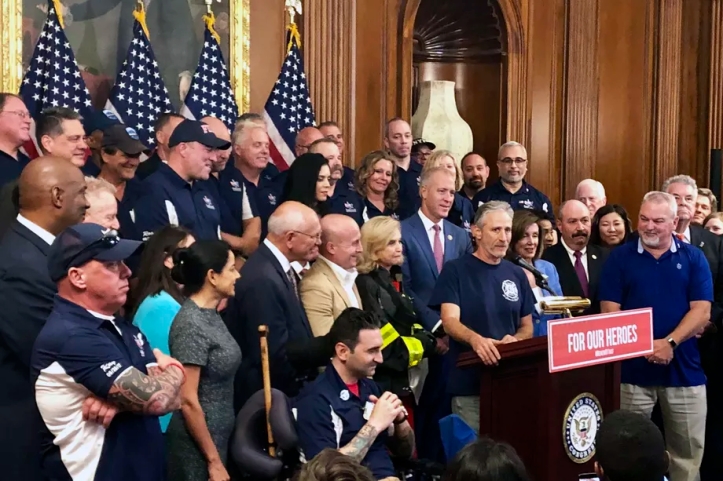 The House of Representatives had already backed the bill. President Donald Trump is expected to sign it.

The VCF covers medical costs of first responders, volunteers and survivors who were injured in the attacks.

Comedian Jon Stewart and surviving first responders have been actively campaigning for the extension.

During an emotional testimony in June, Mr Stewart castigated lawmakers for what he described as inaction. 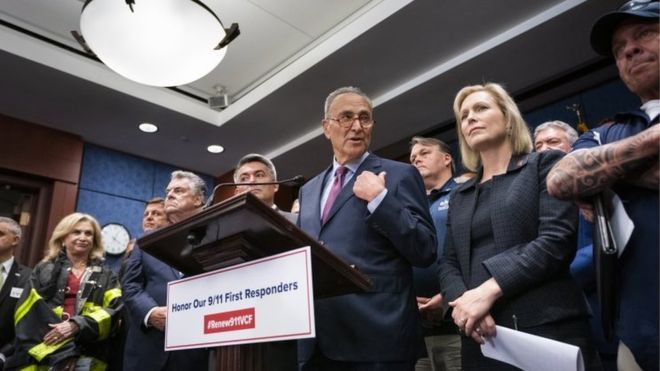 The VCF was initially created in 2001, immediately following the attacks. This original VCF distributed over $7bn (£5.6bn) to families of more than 2,880 people who died and for 2,680 injured.

In 2006, Congress voted to re-activate the VCF.

Although it was supposed to be funded until December 2020, those administering it say a recent spike in claims has left the fund in danger of running out.

Future payouts to 9/11 victims and their families would have been cut by as much as 70%.

The new bill extends the expiration date through to the 2090 fiscal year.

Lawmakers estimate that about $10bn will be paid out over the next decade.

Up to 80,000 people – including firemen, police officers, emergency workers, contractors and cleaning staff – are believed to have rushed to the aid of victims in the aftermath the 9/11 attacks in New York City and Virginia.

In doing so, many exposed themselves to toxic debris in the air, including asbestos, lead, and pulverized concrete, which causes silicosis.

They join an estimated 400,000 people believed to have been exposed to toxic contaminants, or suffered injury or trauma in Manhattan that day, according to the US Centers for Disease Control and Prevention (CDC).

By the end of last year, many estimate that more people will have died from toxic exposures than were actually killed in the attack.