The health minister in the Democratic Republic of Congo has resigned in protest at the handling of the Ebola outbreak in the east of the country.

DR Congo’s Health Minister, Oly Ilunga Kalenga has resigned after the responsibility for managing the country’s Ebola outbreak was taken away from him by President Felix Tshisekedi. 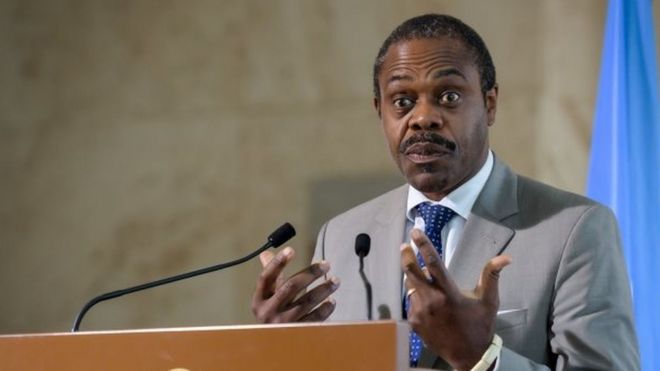 Oly Ilunga Kalenga’s resignation letter was shared on Twitter in protest to the decision to remove the Ebola response directly from his supervision and reassigning it to a multi-disciplinary team that would report directly to him.  According to him, this might “risk creating harmful confusion and cacophony”.

“As a result of your decision to place the response to the Ebola outbreak under your direct supervision … I hereby submit my resignation as health minister,” Ilunga said.

“As in any war, because that is what this is, there cannot be several centres of decision-making for risk of creating confusion,” he added.

He criticised the outside pressure to deploy a second Ebola vaccine manufactured by US-based firm Johnson & Johnson.

“It would be fanciful to think that the new vaccine proposed by actors, who have shown an obvious lack of ethics by voluntarily hiding important information from medical authorities, could have a significant impact on the control of the current outbreak,” he said.

Kalenga also issued guidance against the use of new vaccines against Ebola, stating that the Merck vaccine currently in use is the only one that has proven to be effective. This is coming after the World Health Organization declared ‘Ebola’ as a global health emergency.

Futhermore, See reasons for his resignation, Read below:

In his letter to Félix Tshisekedi, he criticised the decision to remove him as head of the Ebola response team, and replace him by a committee “under your direct supervision”.

He said members of that committee had interfered with his work in recent months.

He also condemned “strong pressure exercised in recent months” to use a new Ebola vaccine advocated by some aid agencies and donors.

He said the current vaccine was the only one with clinically proven effectiveness.

About 12 new cases are being reported every day.