KLM airlines have been forced to apologised after they were seriously criticised online for warning that passengers seated in the middle of the plane are more likely to die if the jet were to crash.

In a since-deleted post, the company’s India branch wrote: ‘According to data studies by Time, the fatality rate for the seats in the middle of the plane is the highest.’ 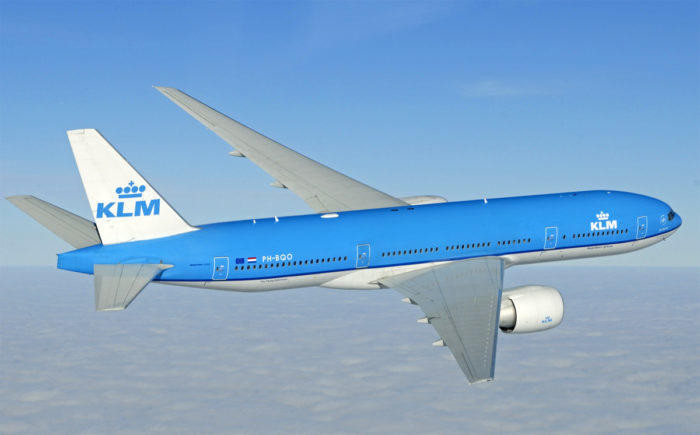 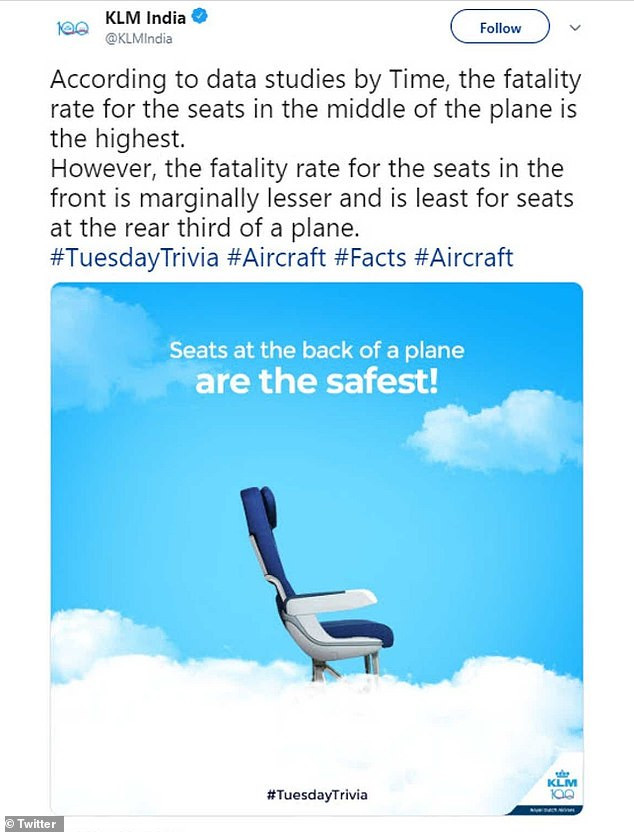 Twitter users were quick to blast the airline for sharing the alarming new findings, as well as panicking passengers who are preparing to fly.

After deleting the posts, KLM issued an apology saying: ‘We would like to sincerely apologise for a recent update. The post was based on a publically available aviation fact, and isn’t KLM opinion.

‘It was never our intention to hurt anyone’s sentiments. The post has since been deleted.’