A 47-year-old woman was grabbed by quick-thinking stewards as she made an attempt to invade the Cricket World Cup final between England and New Zealand on Sunday. 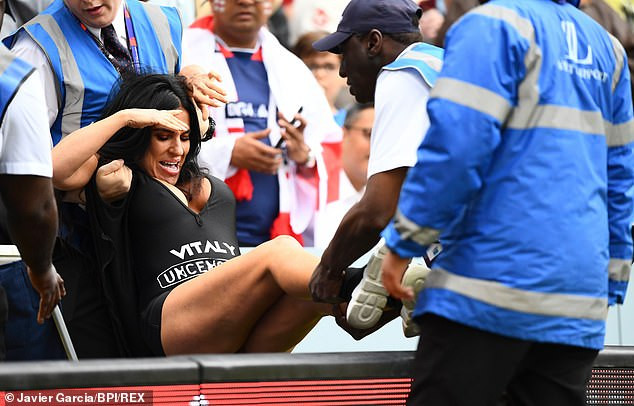 Elena Vulitsky, was advertising the same x-rated website her son’s girlfriend Kinsey Wolanski promoted at the Champions League final between Liverpool and Tottenham. 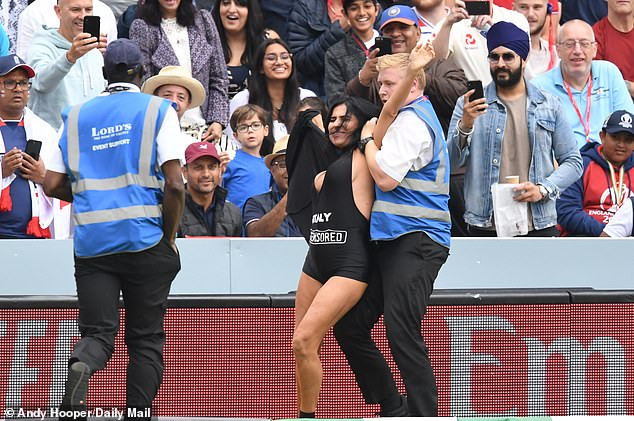 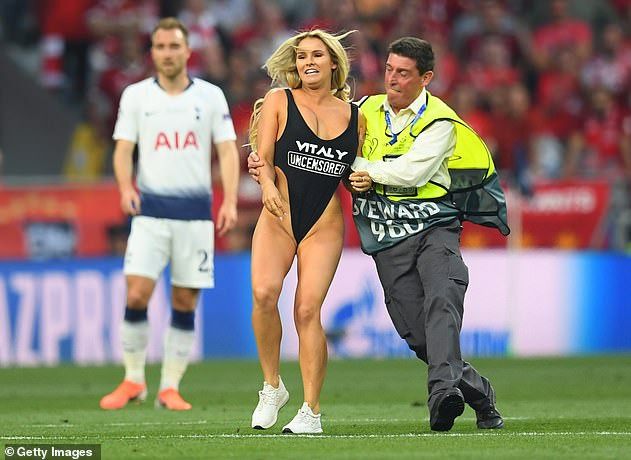 Yesterday, Vulitsky also hit the pitch wearing a similar skimpy swimsuit before she was picked up and dragged over the advertising boards.

Ms. Elena Vulitsky and her son Vitaly are said to be the brain behind the Russian porn-pranking website. 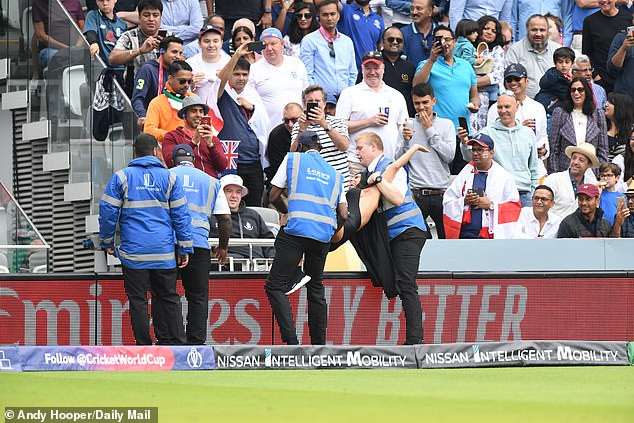