Report has it that Major General Benson Akinroluyo, the Theatre Commander, Operation Lafiya Dole, has announced that 21 soldiers will be undergoing trial in a General Court Martial.

According to Major General Benson Akinroluyo, the 21 erring soldiers will be tried on offences related to administration and operation to ensure that discipline is maintained at all times within the theatre. 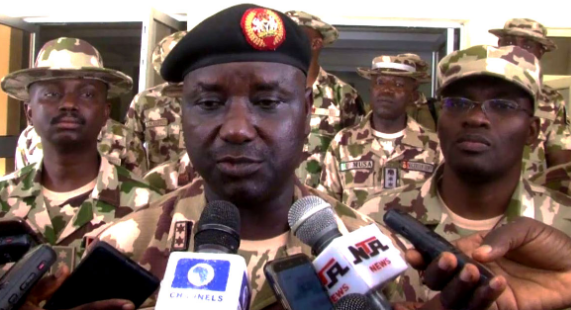 “Military as an institution is known with the maintenance of discipline in its way of doing things. The Operational Efficacy of the military is better retained when the ethics and customs aim at enhancing discipline are encouraged.

“There are 21 accused that are supposed to go for the trial, the details are best known to the prosecution and defence counsel. Offences are either administrative or operational in matter, and the details are known to them. It is aimed at enhancing discipline within the theatre” he said.