A 24-year-old photographer lives his life as a baby, eats baby food, plays with toys, and uses diapers instead of the toilet. 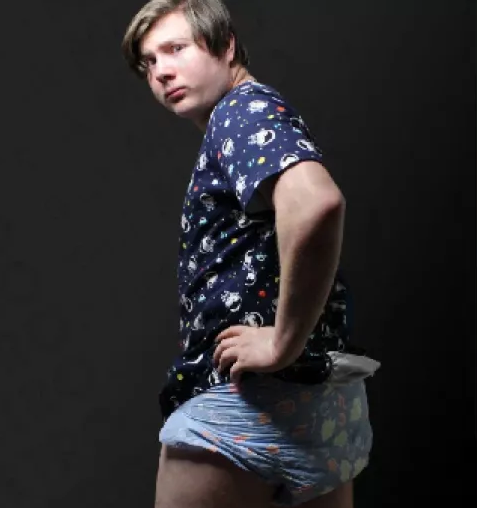 David, who lives in a southern US state, was abandoned by his parents when he was 5. He spent 13 years in foster care. When he became an adult and struck out on his own, he decided to live life as an adult baby. 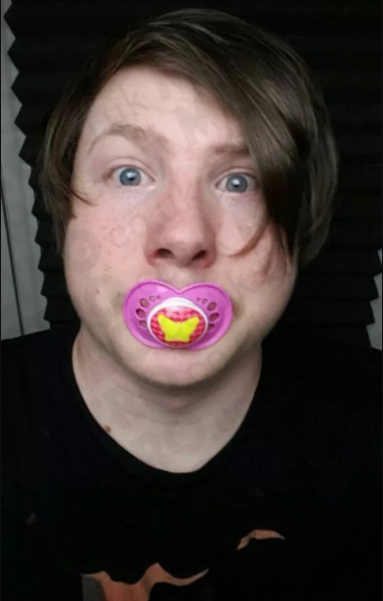 He spends his time watching cartoons, playing with toys, and eating baby food. He even poops and pees in special adult baby diapers he buys online.

He embraced the adult baby diaper lover (ABDL) community five years ago. He says doing things babies do helps soothe the trauma of the difficult time he had growing up.

He told Metro US: “I spent my early years in and out of foster homes, and was abused. I feel like I didn’t have a childhood, so I might as well get one now. 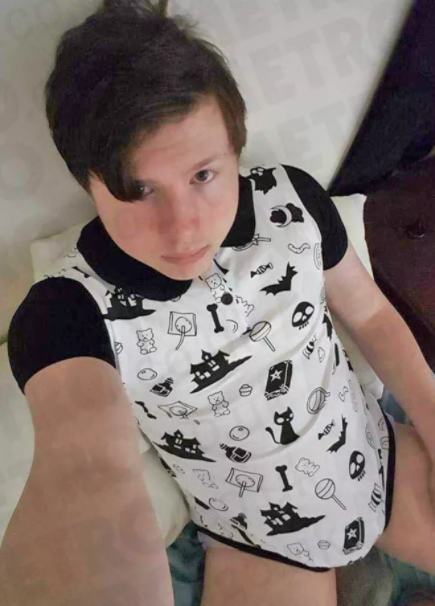 “I’ve been a adult baby for about five years. Honestly I heard about it online, tried it. And I fell in love with the lifestyle.”

David goes to bed in a onesie, just like babies do. His bed is laid with children’s bedsheets. When he wakes up, he changes into any of his baby-like outfits and begins his day. He works from home as an editor and 3D-animator, so this allows him to spend all day living like a baby and doing things babies do.

David explained: “I normally eat baby food, watch cartoons and all the fun stuff. Since I work at home I never have to worry about stopping at any point of the day.” 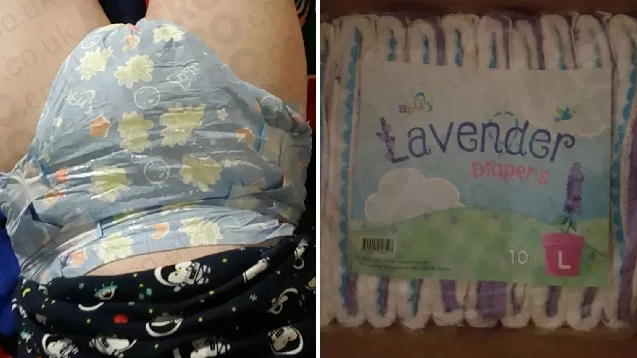 The photographer goes through one or two adult baby diapers a day. Each pack of 10 diapers cost $30 online. David says that reverting back from the toilet to diapers was one of the harder aspects of his nw lifestyle to master.

He explained: “It took me a whole to get over the ‘Oh this is gross’ thing. Usually I need one or two diapers a day. And when your ready for a change you take a shower. I never wear the elderly diapers (for older people or those suffering from incontinence).”

David has a girlfriend who lives in another state. She is a fellow adult baby, although the two do not see each other very often.

The last time they met up, David acted as the baby while she took care of him.

According to Metro US, David also attended a special adult baby convention last year, where attendees paid to be treated like infants by adult carers who fed, watered and bathed them.

He says he does not live as an adult baby for any kind of sexual kick, and does not see it as a fetish. Asked what he thought the carers at that event got out of caring for adult babies like him,

David says he has lost several friends and family members after telling them about his hobby, but says he finds it too liberating to stop.

He explained: “Honestly I feel free, no responsibility, no negativity. It’s just me going back in time to a peaceful place before everything messed up with the foster home situation.”