Report has it that Multiple people were injured at this year’s San Fermin festival in Pamplona, Spain. 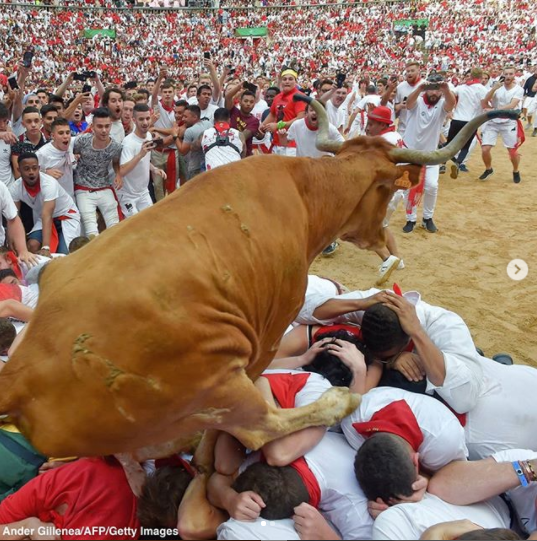 Three people were reportedly gored during the first bull run at the annual San Fermín festival in Pamplona. 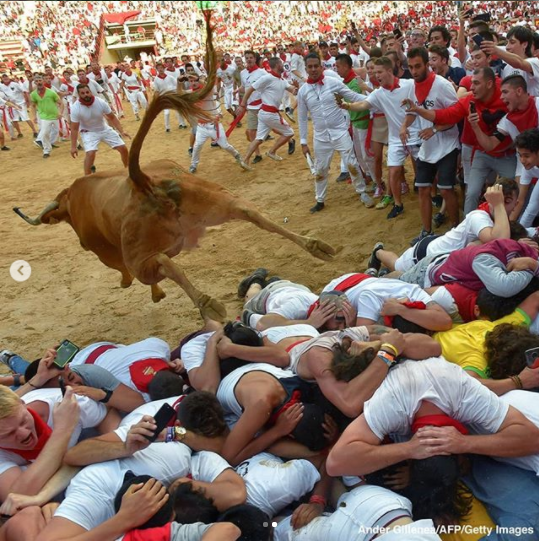 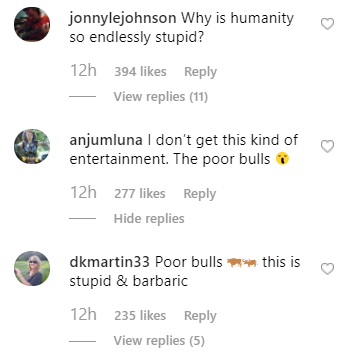 The participants can be seen bending over in terror to avoid being gored by the beast.

But Instagram users were not so sympathetic with the injured and they called them out for engaging in sports that endanger animals.