Report says that Julius Malema, the former President of the African National Congress Youth League in his speech at the Vodacom Durban July after-party, told the event’s patrons to go to their hotel rooms and have sex with their waiting partners.

Meanwhile, the video shared by a branch of the ANC Youth League, shows Malema in a grey suit, speaking into a microphone atop what seems to be an elevated platform. The South African politician and leader of the Economic Freedom Fighters, was also heard saying that people think that saying ‘sex’ in English is nice but vulgar in an African language. 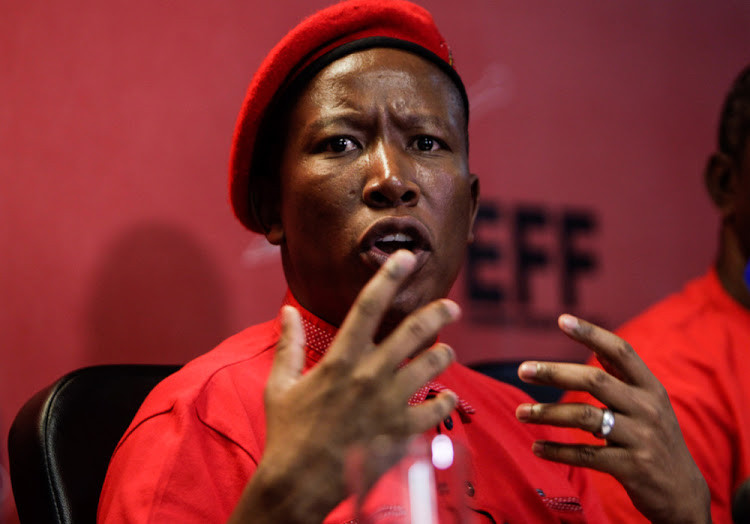 “They say sex in English is nice, but when it is said in our language, you are using vulgar language. That is self-hate. Stop self-hate. Sex is sex. Whether unyoba or ke sex, it’s the same. Sex is sex in any language.

“Go to your rooms and have sex, take your alcohol with you. Your women are waiting for you, stop sleeping here,” said Malema in Pedi.

When Sowetan reached out to him, Julius Malema confirmed that he was at the venue but declined to comment on his remarks which has sparked controversy. Here is the video;