According to reports,  Abbo has pleaded not guilty to two counts of criminal use of force and criminal assault.
Senator Elisha Abbo (Adamawa North – PDP) has pleaded ‘not guilty’ after he was arraigned before the Chief Magistrates’ Court in Zuba, Abuja on Monday, July 8, 2019.

The lawmaker was caught on camera brutally slapping a woman during a disagreement inside a sex toy shop in Abuja.

The emergence of the video on Tuesday, July 2 led to widespread outrage, with many Nigerians calling for the lawmaker to be suspended by the Senate, and prosecuted by the Police. 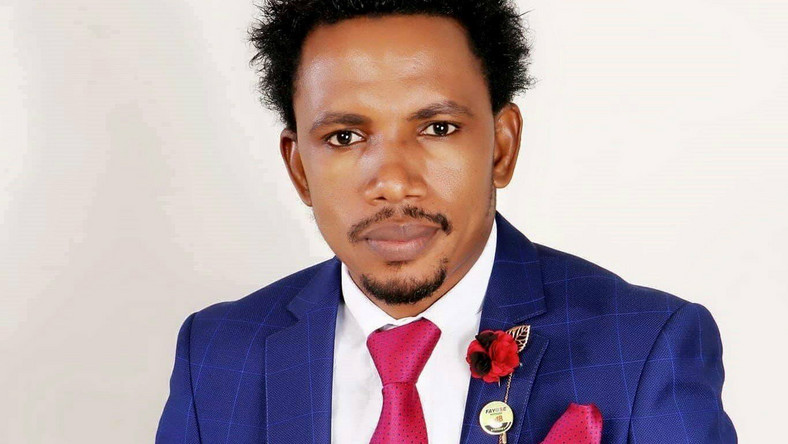 Even though Abbo issued a public, teary-eyed apology to his victim last week, he pleaded not guilty to two counts of criminal use of force and criminal assault during his arraignment on Monday.

The court granted him a N5 million bail with the stipulation that he must present two competent sureties.

Senior Magistrate, Abdullahi Ilellah, said the sureties must have verifiable addresses within the Federal Capital Territory, and adjourned hearing till July 22.

The woman who was assaulted by Abbo was treated for eye inflammation and other injuries sustained during the attack, an incident that reportedly took place on May 11, 2019, exactly one month before the 41-year-old lawmaker was sworn into the 9th Senate.

Abbo savagely slapped the woman three times in the video and pushed her in the head after she tried to intervene when he aggressively tried to snatch the phone of a sales clerk at a sex toy shop.

Even though the woman filed an official complaint with the Police in May, the authorities failed to act until the video became public knowledge.

In his initial response to the video, Senator Abbo alleged that the video was compressed with certain parts cut out to twist the narrative in an attempt to launch an agenda against him.

However, he issued a public apology the next day to his victim and Nigerians in general, an apology many consider an admission of guilt.

“No matter what you did to me, you don’t deserve such treatment. Regardless of what transpired prior to my expression of anger, which I’m not ready to discuss, I’m sincerely sorry,”Abbo said last week.

During its plenary on Wednesday, July 3, the Nigerian Senate set up an ad-hoc committee to investigate the case against Abbo.

Senate President Ahmad Lawan (Yobe North – APC) said the committee will give fair hearing to all sides and submit its report in two weeks.

In a statement released on Wednesday, July 3, Abbo’s party, the Peoples Democratic Party (PDP), condemned the lawmaker’s “act of lawlessness and callousness” as captured in the video.

The party also announced that it had commenced investigation into the matter and summoned Abbo in line with the provisions of its constitution.