A total of 19 people died on Sunday evening while seven others sustained injuries when four vehicles collided at Dinyar Madiga Village few Kilometres from Takai town in Kano State. 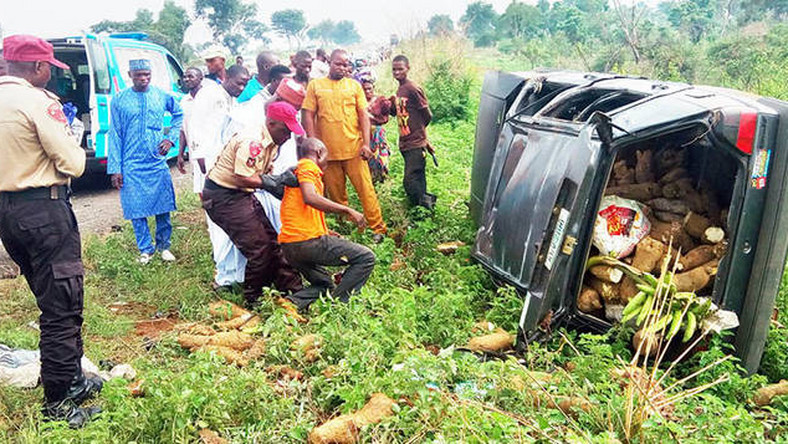 Corps Commander Zubairu Mato, the Sector Commander of the Federal Road Safety Corps (FRSC) told confirmed the incident, according to him, he stated that it occurred in Kano on Monday  at about 06:01p.m on 7th July 2019.

The Corps Commander said : “On receiving the information, we quickly dispatched our personnel and vehicle to the scene of the incident to rescue the victims,” adding  that collision involved four vehicles; a bus belonging to Kano line mass transit, a Sharon, Golf and Honda Civic coming from opposite directions.

Zubairu Mato attributed the accident, which involved 26 persons, to speed limit violation and bad state of the road.

According to Zubairu Mato , the accident occurred when the drivers were dodging potholes which led to loss of control.

He said the victims were evacuated to Takai General hospital where the doctor on duty confirmed 19 dead while the remaining seven victims were currently receiving treatment.

Furthermore, He appealed to motorists to obey traffic regulations so as to stay alive and minimise accidents on the road.