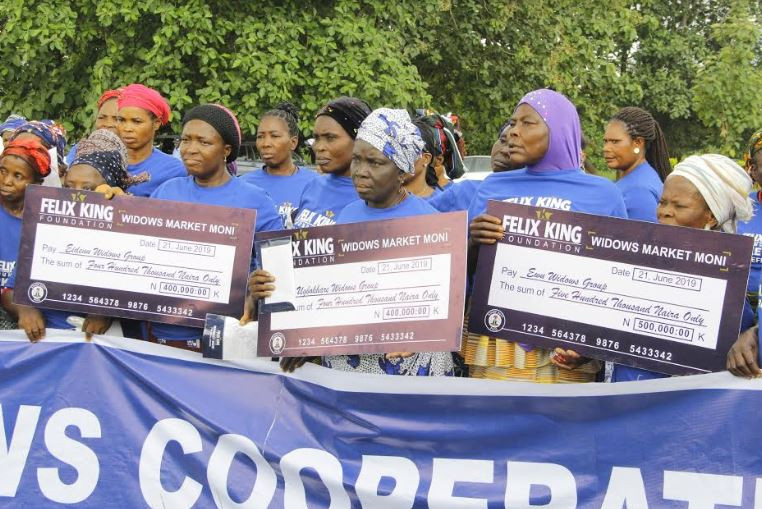 Some of the communities that benefited from the batch one of the programme are Udowo group, Ugbokhare group, Afuda group, Ibhiolulu group, Eidenu group, Eguare group and Ewu group. Widows Market Moni is an empowerment scheme for rural widows by the Felix King Foundation. The scheme is a grant for rural widows with young kids and elderly widows without children to take care of them. Widows are encouraged to form themselves into groups, just like the traditional village women meeting group. 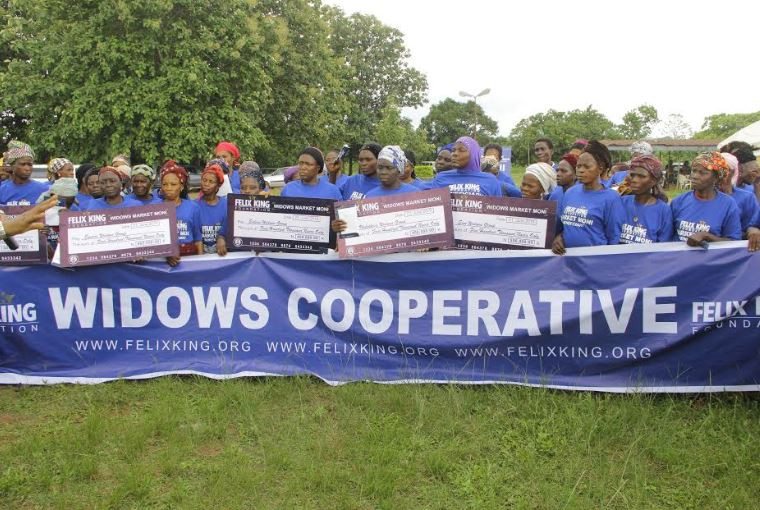 The foundation said each group is given a trade support grant of up to 500,000 naira (1,400 USD). The groups are thereafter upgraded into a cooperative, same as market corporative format for sustainability and development, statement from foundation added.

Each established corporative will get additional support in areas of cooperative business formation , like; cassava mill , Palm oil mil, Phone charging hub store , etc as deemed relevant to the need of the community and the corporative business opportunities.

Through these corporative, members will have access to more money to grow their individual markets, the statement further highlighted. Speaking at the cheque presentation ceremony at the Esan Central local government secretariat, Irrua, Edo State over the weekend in commemoration of 2019 International widows’ Day, the executive chairman of Esan Central LGA, Hon (Dr.) Edokpa Idemudia Waziri said, “I am sure, our brother, Felix king who set up this foundation, is not the richest person in Esan land or in Edo central but he deems it fit to give out to the less privilege. This is a noble course and we must support it.”

“Felix King isn’t the only one in Esan land who is wealthy and I know is  not the richest but this is a unique opportunity because he sows succour to the needy and God will continue to bless him,” Hon Waziri enthused.

Reassuring on the market moni programme, the foundation founder, Dr. Felix King said, “I feel so emotional looking at these women and the tears of joy rolling down their cheeks and looking at how grateful they are and what impact this market moni programme is going to have in their lives as well as giving them that opportunity to hope again,” he added.

It is really amazing and I strongly believe that with the widows’ market moni, these widows will be able to look after their children and of course look after themselves and then the community will be much more a better place for all of them because, I strongly believe that every human being deserves a right to have a better future. King spoke about plan to reach about twenty one communities w, which means touching over one hundred and fifty widows before the end of the year.

And once each group has been formed into cooperative, he revealed, “We will encourage them into functional cooperatives, so that they can also help one another and then initiate business orientated programs.”