A woman has cried out on Twitter after the man she’s been in a relationship with for 6 years started planning his wedding to another woman without her knowledge.

The Twitter user revealed she had no idea her boyfriend was getting married until she saw his wedding invitation on Instagram. To prevent a confrontation, she said he blocked her on WhatsApp.

She tweeted: “I wasted 6years of my life on this bastard only for me to see his wedding IV on Instagram. Man is getting married on 14th July!! Lmao he blocked me sharp sharp on WhatsApp and I returned the favor! Men! Men!! Men!!! Allah ya isa.”

See  her tweets below: 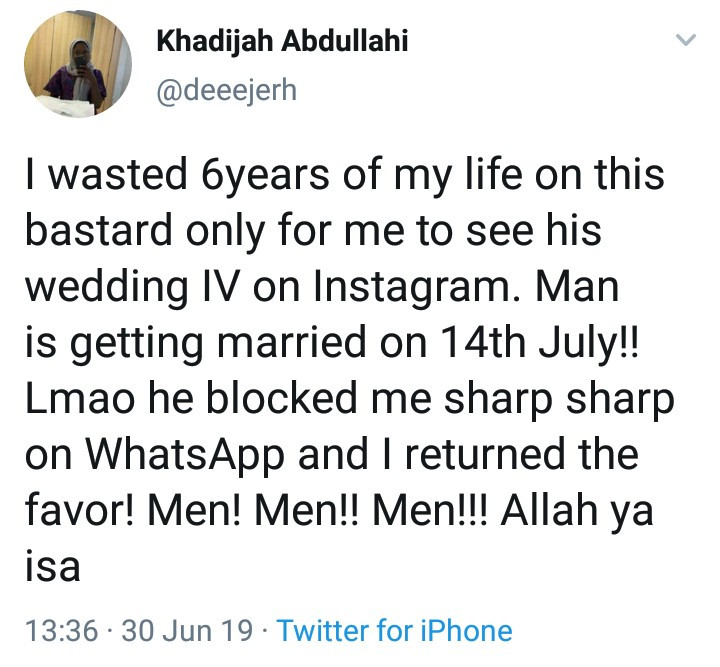 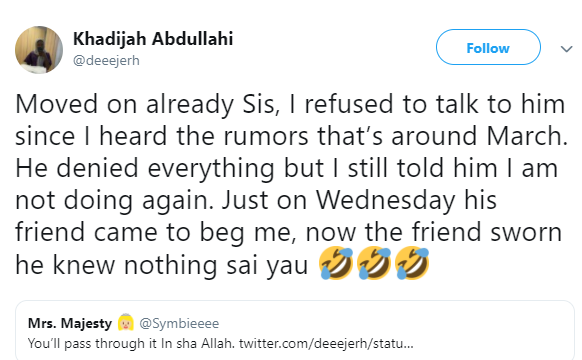