Report has it that the Lagos state police command has arrested a Notorious Land grabber/Hired killer, Ojo Adesola. A statement from the command’s public relations officer, Bala Elkana, says on Friday, June 21st at about 7.00am, a surveillance patrol team from Alagbado Police Station acting on a tip-off, arrested Ojo while conveying arms in a white bus, along Amikanle area, Alagbado.

Meanwhile, 4 locally made rifles and thirty eight rounds of live cartridges were recovered from the bus. Bala in his statement said the 45-year-old suspect who hails from Ogun state, belongs to a notorious gang of land grabbers and hired killers, terrorizing Ogun and Lagos states. 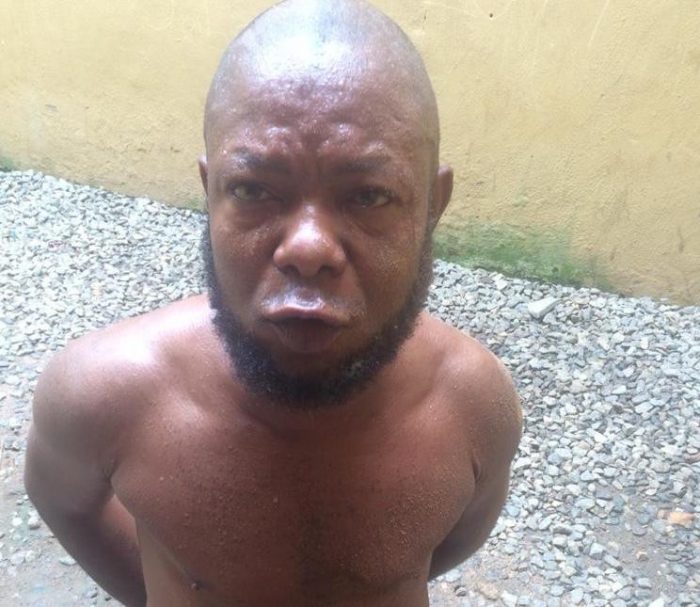 They act as warlords, waiting to be hired by anyone who can pay for their services to take over lands by force. They engaged in series of killings and maiming of landowners” Bala said According to the suspect, they were hired by someone to dislodge landowners at Epe and that he was on his way to pick the other members of the gang for the operation before he was arrested.

The police spokesperson said the command is on the trail of five other members of his gang who are at large.