“The church is partly to blame for this” – Freeze reacts to the arrest and humiliation of relationship blogger, Blessing Okoro

Nigeria most Controversial OAP, Daddy Freeze has reacted to the arrest of relationship blogger, Blessing Nkiruka Okoro after she claimed someone else’s house as hers.

According to reports, Miss Blessing was arrested and placed in handcuffs then made to confess that the house isn’t hers as she had claimed. The video of her arrest was widely shared online and has elicited reactions from a number of people. 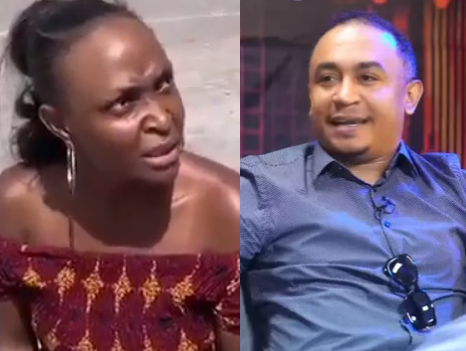 While reacting to the video, Freeze said it was wrong for homeowner, Onye Eze and his friends to put Blessing through such humiliation. He went on to say the church is to blame for what happened because they have taught members greed through what they preach and practice. 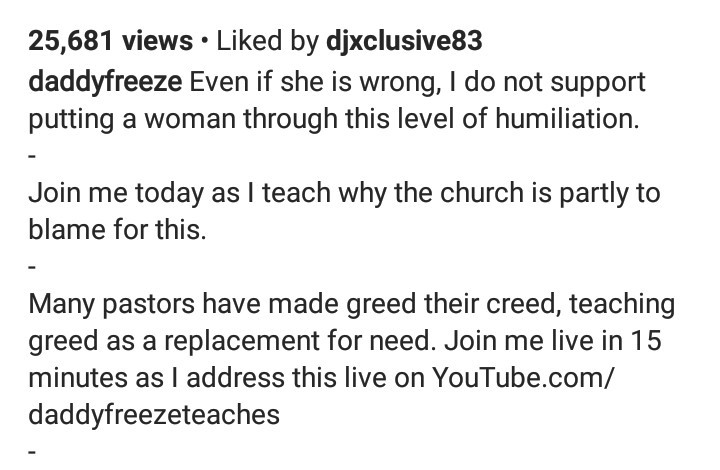 He wrote: “Even if she is wrong, I do not support putting a woman through this level of humiliation. Join me today as I teach why the church is partly to blame for this. Many pastors have made greed their creed, teaching greed as a replacement for need.”