Man declared wanted by ICPC for swindling intending pilgrims of N11,550,000 in Nasarawa

Report has it that One Mr. Muhammadu Sagiru Umar has been declared wanted by the Independent Corrupt Practices and Other Related Offences Commission (ICPC) in connection with swindling of intending Pilgrims in Nasarawa State to the sum of N11,550,000:00 in 2015. 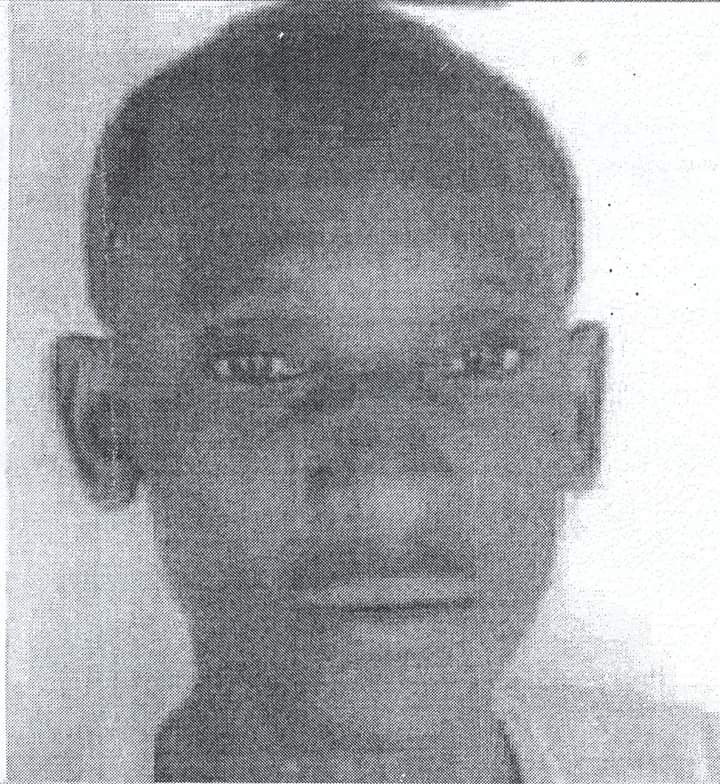 Read the ICPC statement below.

That one Mr. Umar is an indigene of Azara Village of Awe Local Government Area of Nasarawa State . He was born on 1st June 1973 and worked with Muslim Pilgrims Welfare Board, Lafia before he absconded from duty in February 2017. 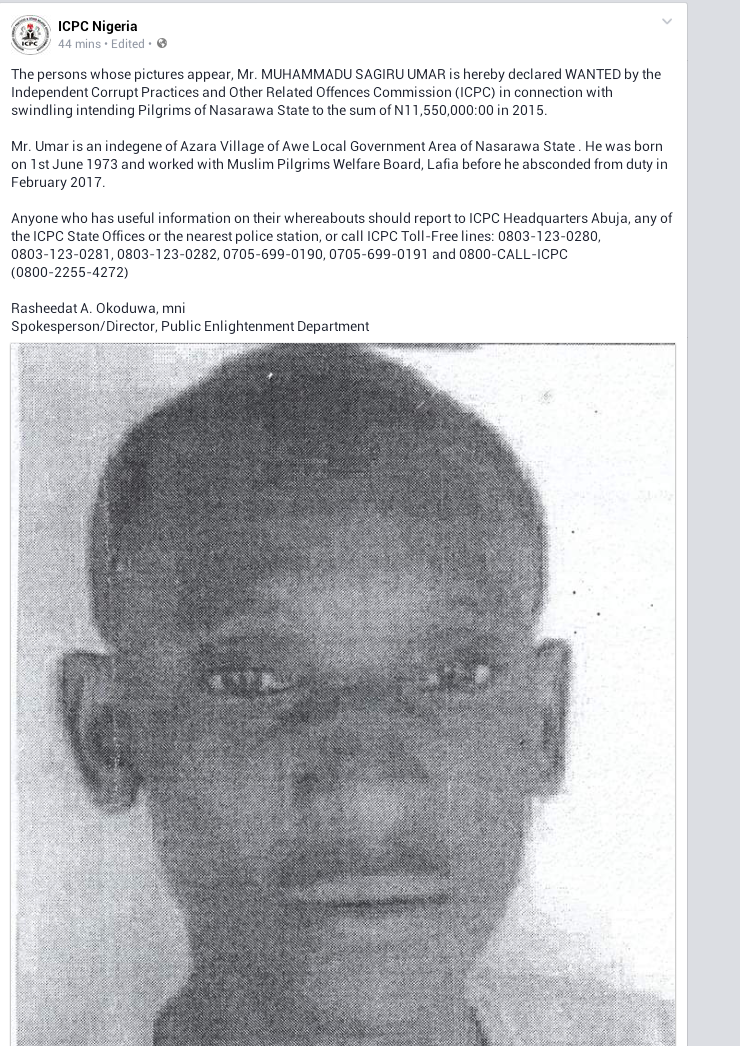