The Italian coach, Antonio Conte has reportedly added Chelsea loanee and Nigerian football star Victor Moses, 28, to his Inter Milan wishlist ahead of his expected move to the San Siro side at the end of the season report says.

According to reports, the 49-year-old former Chelsea manager is set to take charge of the Serie A outfit following their final fixture of the 2018-19 campaign at the weekend. 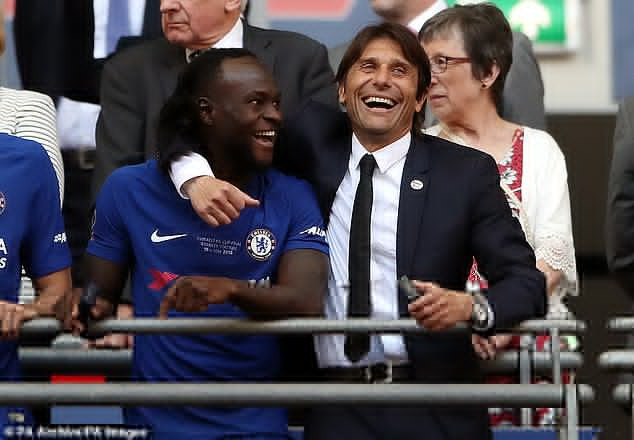 According to FCInterNews, Conte is lining up targets he hopes to bring in this summer and ex-Blues winger Victor Moses is a player he is keen on having worked with him during his two years at Stamford Bridge from 2016.

Meanwhile Victor Moses played an important role in Chelsea which helped secured the Premier League trophy during the 2016-17 campaign.

Moses, whose current contract at Chelsea is set to expire in June 2021 was sent out on an 18-month loan to Turkish side Fenerbahce by Maurizio Sarri and his move to Italy could cost £11million.