According to the letters, this new accreditation guidelines shall come into effect from June 11 2019.
report has it that a head of the inauguration of ninth assembly, the National Assembly management has released 20 stringent conditions for journalists and media houses’ accreditation.

In two separate letters addressed to the chairmen of Senate and House of Representatives Press Corps on Monday by the Director of Information, Agada Emmanuel, the requirements were categorised under permanent and temporary accreditation.

According to the letters, this new accreditation guidelines shall come into effect from June 11 2019. 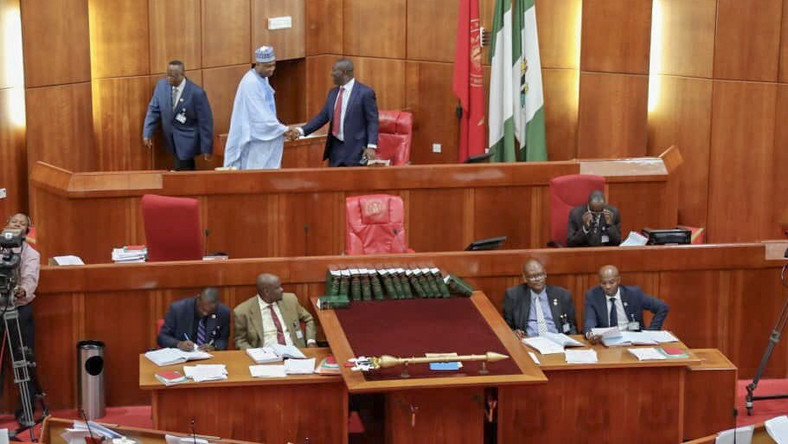 The prerequisites for the coverage of the activities of the National Assembly before the expiration of the present leadership was also aimed at reducing the number of journalists covering the legislative arm.

It also includes: ”proof of membership of Nigeria Union of Journalists (NUJ) with registration number, code of certification from the National Library for the media organisation, functional bureau in Abuja (Staff Strength not less than 5 editorial staff and daily circulation of 40,000 copies for the print media with evidence to support the claimed circulation figure.

”Media Houses must be publishing daily and on weekend (Applicable to Online Media).

”Re-certification form must be signed and endorsed by the Chief Executive Officer (CEO) of the Media organisation Bureau Chief, City Editor as the case may be.

”The Media organisation concerned must have experience in covering proceedings of the National Assembly for at least two (2) years before applying for permanent accreditation.

”All media organisations will submit a copy of their income tax return for the last two years, among others.”

But in his reaction, the Chairman of the Senate Press Corps, Mr Ezrel Tabiowo, said journalists cover the activities of the National Assembly by the virtue of the provisions of Section 22 of the 1999 Constitution of the Federal Republic of Nigeria as amended.

He said journalists would not accept any attempt to gag the media.

He advised the National Assembly management to look for a proper way of carrying out the new accreditation by collaborating with the press corps.