Report has it that a Federal High Court sitting in Abuja has stopped the Economic and Financial Crimes Commission EFCC from investigating the out goin  Senate President of Nigeria Bukola Saraki.

Furthermore, the commission  EFCC had said it would investigate Saraki’s earning while he was the Governor of Kwara State from 2003 to 2011. More so Saraki, who described the investigation as a witch-hunt, approached the court, filing two charges in order to restrain the anti-graft agency from probing his earnings and emoluments. 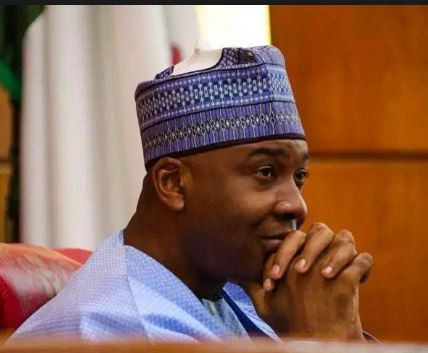 More so, Justice Taiwo Taiwo who presided over the case ordered the EFCC to suspend the probe. Delivering the ruling, Justice Taiwo stated that the interim order is in the exercise of “its discretion judicially and judiciously applied by the law and statues.”

I am of the view, after due consideration of the aforesaid, that this court ought to make the order being sought by the applicant pending the hearing and determination of the originating motion on notice.”